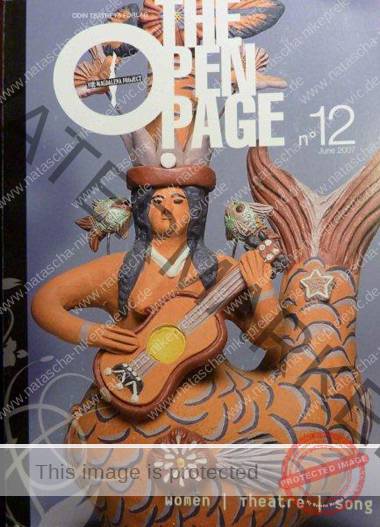 So I choose singing as a way of life; singing because the voice can do more than only speak; singing in order to transcend language into the vast field of music; singing, because music as a medium is, from the start, universal, abstract, nonsemantic and therefore allows everything and narration becomes possible at many different levels; singing as mediation between speaking and keeping silent.

Ideally I am improvising 100%, and, in the best case scenario “dealing with the unpredictable” brings forth permanently new sounds. Naturally, here and there, acquaintances sneak in and try to turn me away from my rigid concept of improvisation. This tension is very interesting and a permanent challenge! Follow whatever comes. Trust in it as in something that knows more than I do. Sing thinking; think singing. Learn from language insight and apply its laws while singing. Never know what it is that is speaking and who and what about; only react as in a dialogue between meand you. Perceive yourself as someone else; listen to this person and answer. Allow a line that makes all kinds of detours come into being. I could call all of this “the inner attitude” of my work, the fertile soil that nourishes my singing. Intuition, improvisation and intention merge all through my ‘song’, provoking and challenging each other, and allowing me sometimes to rediscover “the song of all things”. 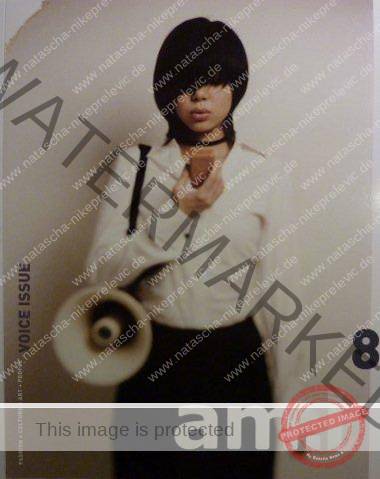 Natascha Nikeprelevic (vocalist) at 13th Anseong Juksan International Arts Festival where she performed “Music for Voice and Handmovements“ in an interview with U-Do Lee:

In an article for the Danish Magazine “Open Page“ you mention the word „universtandable“… What does that mean? It’s a combination of the words „universal“ and „understandable“. I see my music as universal because it’s understandable for everybody. I don’t represent anything traditional or ethnic but rather share structural messages which don’t refer to a specific culture or use of the voice.

It seems your approach of sharing structural messages and freeing music from all semantic aspects is grounded in the theory of structuralism and the works of Western Avantgarde-composers of the 1950s-70s… How can you claim universalism, keeping in mind that the conditions of structuralism itself – also its applications to music – are historically, intellectually and culturally specific?

„Universalism“ in this case means to use materials for uttering sounds which are structural itself and with whom I form musical statements by always focusing on their structural quality merely consisting of energy. For Vetter it is a necessary universal step on the way to understand the world as language in itself, language in the sense of metaphysics. This is what he calls “Transverbal“, getting aware of the world of language behind the semantic one.