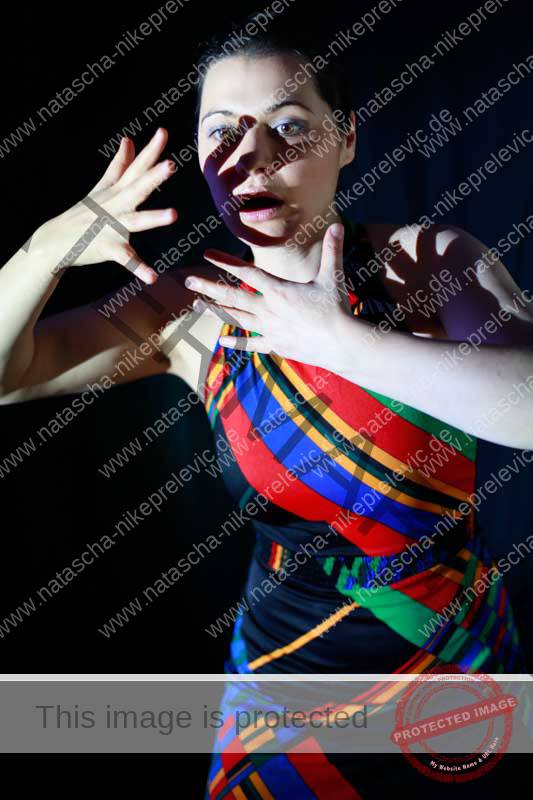 Natascha Nikeprelevic speaks and sings in: 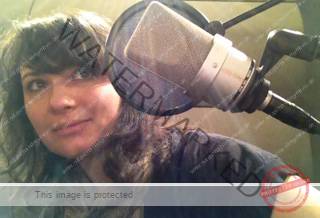 „Both musicians count as virtuosi in the field of overtone singing, however, they themselves are interested even more in what Michael Vetter calls „transverbal language“. „Transverbal“ signifies to reflect musically everything what can be perceived around you and to focus the whole complex human understanding apparatus with all its associative possibilities to the interplay of ear and voice. The „wordless language“ that both actors allow to spring forth from the moment is extremely ambiguous: every listener will have heard another story at the end.“ (Götz Naleppa)

At the periphery of J. S. Bach (2009)
Duration: 55 minutes.
Approaches with voice-improvisations in Bach’s solo sonatas and Partitas for violin, interpreted on the recorder.
NoNoh – a nearly an atonal opera scene for 2 voices, echo instruments and hand drum
J.S. Bach – Grave (from Sonata II BWV1003)
Moon and Nightingale – lyrical-dramatic prayer for soprano and recorder with speaking voice

Listen to: At the periphery of J.S. Bach

Labyrinth (2007)
Duration: 47 minutes.
The composer Michael Vetter gave a cycle of concerts at the Atelier of the sculptor Elmar Daucher, with the Vocalist Natascha Nikeprelevic. The stones are polished cubes and steles weighing several tons. These pieces, sawed in certain proportions, can be made to sound by touching, hitting or rubbing with the hand. In the composition „Labyrinth“ the polytonality of the Sound Stone corresponds with the overtone singing of the two Interpreters. (Götz Naleppa)

Okyo I (2003)
Duration: 53 minutes.
„Okyo“ is the name of the prayer texts which Zen monks in the Far East recite as a spoken song. They are sung on a tone to visualise they are beyond all emotions. The Okyo is understood above all as a phonetic experience, as the sound event which puts the meaning of the texts in the background. Traditional Zen music forms the starting point for this audio work in which Michael Vetter and Natascha Nikeprelevic interpret the Okyo anew. They convincingly show that they can produce harmonics in a virtuoso way. (Götz Naleppa)

Soto Voce und De Profundis (2000)
Duration: 44 minutes.
„Soto Voce“ plays with the name of the South American sculptor Soto. Soto has created a gigantic sound tube sculpture in Tuscany, which stands outside on a small hill. Michael Vetter and Natascha Nikeprelevic have connected their voices by improvising with the sounds generated by the wind of the sculpture and thus have composed a piece from sounds of the tube sculpture: voices and the physical sounds of the tuscan scenery.
The overtone improvisation „De Profundis“ lets the voices of both artists sound in an old tank which is to be found in Rocca, also in Tuscany. (Götz Naleppa)

Panels of Law (1999)
Duration: 54 minutes.
„Panels of Law“ is an audio art work for two voices and instruments. In the centre stand ten large paintings of Michael Vetter: these painted „Panels of Law“ are hanging in the „hall of the law“ in his private Academy of Music, Painting and Theatre, situated on Italy´s Amiata Mountain. They form a utopian contrasting concept to all known laws, because they permit no regulations, but come true only in the discussion with each other. Michael Vetter and Natascha Nikeprelevic transfer these laws in their interpretation from visual into the acoustic medium. (Götz Naleppa)

Listen to: Panels of Law